More than its eponymous hill and nature reserve, Bukit Timah is an estate steeped in history, with an old-world charm that comes from its unique mix of local and colonial heritage. From a road (Chun Tin Road) named after Cheong Chun Tin, who was the first certified Chinese practitioner of dentistry in Singapore, and whose descendants later founded the made-in-Singapore Pearlie White brand of toothpaste; to a former automobile factory (Former Ford Factory) that was the iconic site where the British surrendered Singapore to the Japanese; as well as home to Singapore’s first UNESCO World Heritage Site – the Singapore Botanic Gardens, Bukit Timah is a treasure trove of stories waiting to be discovered. Interesting facts include how Bukit Timah, which means “Tin Hill” in Malay – though tin was never discovered in the area, was possibly called “Bukit Temak” by locals back then in reference to the Temak trees that grew in the area. Its name could have altered when it was subsequently transliterated into English.

These stories take centre stage in the National Heritage Board’s (NHB) refreshed Bukit Timah Heritage Trail. The trail was first launched in 2007, and its content has been updated and now encompasses 38 heritage sites, eight of which feature newly-installed trail markers. New sites on the trail include the Dairy Farm Nature Park, St Joseph’s Church, Adam Park, Former Command House, as well as the Fuyong and Former Princess Elizabeth estates. These sites were incorporated into the refreshed trail as new information was uncovered through oral interviews and new research materials gathered from archival newspapers, maps and other resources from government agencies. Community contributions also feature prominently in the refreshed Bukit Timah Heritage Trail. To do this, NHB interviewed members of the public who lived and worked in Bukit Timah to document their memories, anecdotes and experiences. One of the key insights uncovered is the presence of kampongs and various local communities in the Bukit Timah area since the 1900s. These include Kampong Tempe (formerly located at present day Sixth Avenue), named after the fermented soybean cake known as tempe as a number of families there produced the delicacy; as well as Kampong Quarry, which was named after the nearby Hindhede Quarry that was crucial to the construction of the Causeway and the Singapore-Johor Railway. Cross-cultural connections were also strong in these kampongs, and saw different religious communities and buildings, such as the Masjid Al-Huda and Hoon San Temple, existing in close proximity. At the heart of Bukit Timah’s story lies one of Singapore’s oldest and longest roads – Bukit Timah Road, first built by the colonial government in the mid-1830s to expand their knowledge of the outlying districts and regulate rural land use by plantation owners. Serving as a cross-island artery, Bukit Timah Road connected the bustling town centre to the heavily forested north. With the subsequent introduction of the railway in 1903 that facilitated travel to other parts of Singapore and eventually Malaysia, Bukit Timah quickly became a vital node for industry and trade, and a prime location for settlements to gather, which subsequently gave rise to a lively residential suburb. 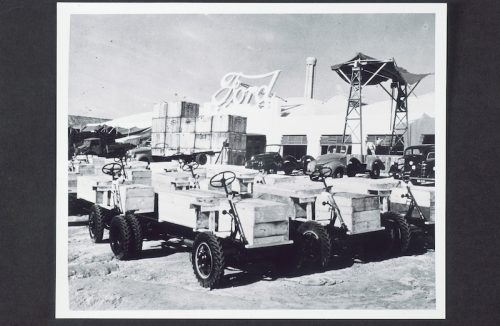 The significance of the area was not lost on the invading Japanese forces during World War II, who saw the strategic importance of occupying the main arterial road leading into the city and controlling Singapore’s main water catchment areas including the Pierce and MacRitchie reservoirs. The Japanese also occupied many colonial buildings in the area during the Japanese Occupation, transforming bungalows and the former racecourse into prisoner-of-war (POW) camps, and a rubber factory into a soy sauce factory run by the predecessor of today’s Kikkoman Corporation. Mr Alvin Tan, Assistant Chief Executive (Policy & Community) of NHB, said: “Through the refreshed Bukit Timah Heritage Trail, we hope to present a more complete and updated story of Bukit Timah’s heritage, including how it used to house numerous kampongs, and how it contributed to Singapore’s industrial growth as one of the country’s industrial hubs during the 1950s with factories manufacturing a variety of industrial and consumer goods.” To enhance the accessibility of the refreshed Bukit Timah Heritage Trail for trail-goers, NHB has created three easy-to-follow, bite-sized thematic routes covering different segments along Bukit Timah Road. They span an average of 2.5 km each and cater to different interests. They allow visitors to easily explore in their own time the buildings, structures, religious institutions and sites of natural heritage that make up Bukit Timah’s multi-faceted history.

“Kampong Life Trail” (1 hour: bus and walk) – This trail features buildings and institutions that were once part of Bukit Timah’s kampong past, including a former railway station as well as houses of faith for communities that used to live there.
“WWII Legacy Trail” (1.5 hours; bus and walk) – This trail explores WWII-related sites as well as places that carry the memories and legacies of the Japanese Occupation.
“Leisure and Learning Trail” (2 hours; on foot) – This trail covers some of the social and leisure landmarks well-loved by residents and Singaporeans, including popular eating destinations, Singapore’s first UNESCO World Heritage Site as well as vital centres of research and education. 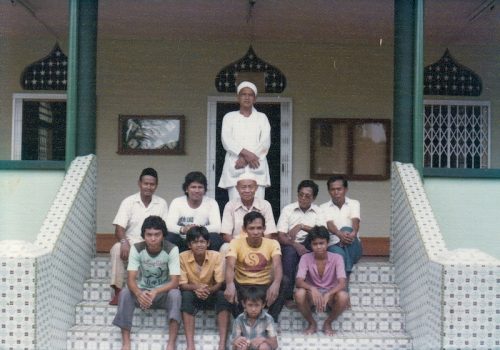 Mr Alvin Tan, Assistant Chief Executive (Policy & Community) of NHB added: “As with all our heritage trails, we hope that the Bukit Timah Heritage Trail will showcase Bukit Timah’s rich and diverse heritage, foster a greater sense of pride and belonging amongst residents, and provoke a sense of curiosity amongst Singaporeans and entice them to visit and look at the estate through fresh eyes.”

The refreshed Bukit Timah Heritage Trail booklet and map are available in four languages (English, Mandarin, Malay and Tamil), which members of the public can download from NHB’s heritage portal, Roots.sg, or pick up at the Former Ford Factory. 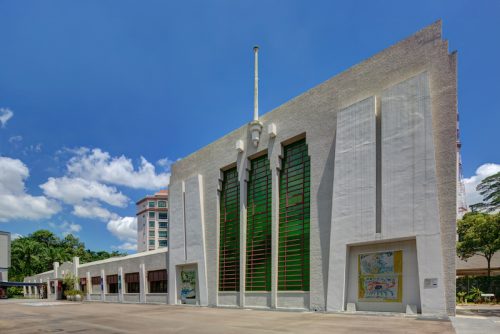